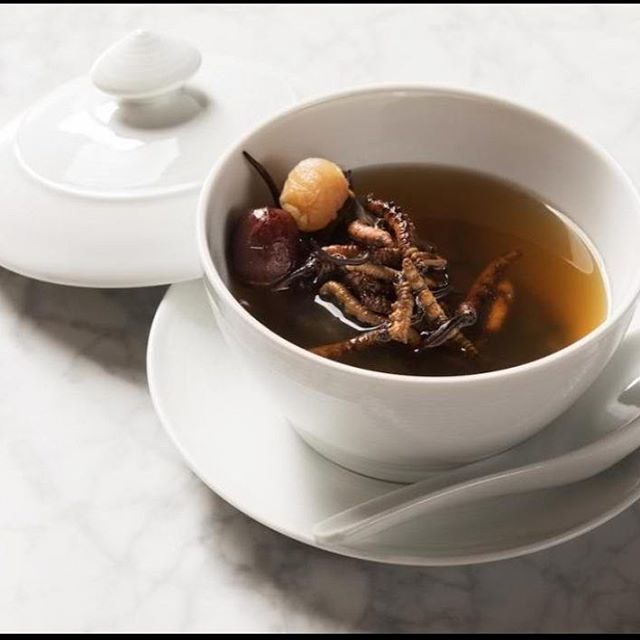 Las Vegas has gained a reputation for extravagance and excess and the city’s Talon Club at the Cosmopolitan stays true to that reputation with their ultra-exclusive, ultra-expensive soup that’s priced at $688 per bowl. No, it doesn’t contain gold or diamonds, but it has one ingredient that comes pretty close: Cordyceps fungus.

This isn’t your average mushroom. It supposedly only grows at altitudes of 3,800 meters above sea level and is valued at $14,000 per gram. The Talon Club sources their Cordyceps from the Himalayas. That’s a long way to go for soup!

The Club’s special soup features black-skinned chicken breast, longan berry, and red date, served in a tea-like broth featuring a quarter ounce of Cordyceps in every bowl. “Our special ingredient, the Cordyceps fungus, is believed to have extremely powerful healing properties such as acting as a natural cancer treatment, anti-aging supplement and even mythed to be an aphrodisiac,” said a press release for The Cosmopolitan’s Talon Club.

Cordyceps soup may be good for the heart and soul, but it’s definitely hard on the wallet.Nydailynews