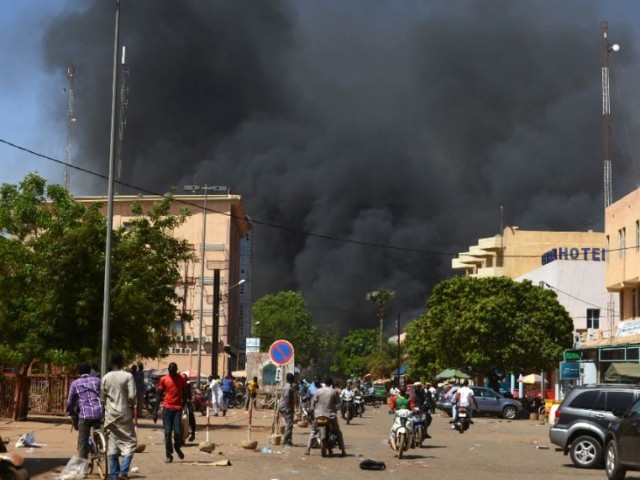 Eight soldiers were killed on Wednesday by a blast in the troubled north of Burkina Faso, President Roch Marc Christian Kabore announced.

“I have just learned that eight Burkinabe soldiers died after their vehicle drove over a home-made mine planted by the enemies of our people,” he said.

The convoy had been heading from Baraboule in Soum province, where jihadists have carried out a string of attacks since 2015, to the town of Djibo.

“The lead vehicle in the convoy hit the mine” as it was coming off a bridge, a security source told AFP.

Kabore expressed his “deepest condolences to the defence and security forces, to the families and relatives of the victims.”

“These horrible and cowardly attacks will never sap our common resolve to defend our national territorial integrity, to restore peace and security for the happiness and prosperity of the Burkinabe people.”

One of the world’s poorest countries, Burkina Faso started experiencing cross-border jihadist attacks in its northern region in 2015 — an offensive that has now spread to the east of the country.

On Sunday, three miners — a Burkinabe national, an Indian and a South African — were seized by armed men between Djibo and a local gold mine.

Hours later, three police officers deployed to help search for the trio were killed in a clash with armed men at Tongomael, about 30 kilometres (20 miles) away.

Abductions include that of Australian Kenneth Elliott and his wife Jocelyn, humanitarian workers in their eighties, who were kidnapped in Djibo in 2015.

Jocelyn Elliott was released but her husband, who had been running a clinic for the poor for decades, is still being held.

On September 8, Kabore said additional security measures would shortly be unveiled “to eradicate the curse of terrorism”.(AFP)