Embattled Melaye announced his preference for a seat on the side of the senators of the opposition PDP , an indication of defection at the plenary on Wednesday, causing  rowdy session.

He caused the commotion after weeks of being away from the Senate Chambers.

Melaye resumed plenary and asked to be moved from the ruling All Progressives Congress (APC) side of the chamber to the opposition.

He sought Senate President Bukola Saraki’s permission to leave his allotted seat and move to the side of PDP members at the Senate chamber.

He specifically asked that he wants to sit beside the former Senate President, David Mark, an indication of carpet crossing.

According to Senator Melaye, his reason for wanting a change of seat is because his present seat is no longer comfortable after his ordeal with the police and his health issues.

But the lawmakers from the ruling APC kicked against the move by Senator Melaye, arguing that his action was against the constitution.

Meanwhile, the opposition lawmakers, welcomed the change of seat by Senator Dino Melaye.

The decision of Melaye came barely 24 hours after Prince Dayo Adeyeye, one of the aspirants for the governorship ticket of PDP in Ekiti State, dumped the party to join the All Progressives Congress (APC).

In preparation for his change of seats, Melaye raised a point of order and thanked his colleagues, members of the House of Representatives, his constituents and the Nigerian populace for standing by him during his travails with the Senate.

He thanked the leadership of the People’s Democratic Party (PDP) for their support.

Melaye’s travail started when he refused to appear before the police to answer to accusations by some arrested suspects, who alleged that the senator supplied them with arms and ammunition.

The senator had had persistently refused to appear before the police on invitation, but was later arrest and jumped out of the police vehicle that was taking him to Lokoja to appear.

The Senator landed in the National Hospital after jumping out of a moving police vehicle on Tuesday, April 24.

The police confirmed that Melaye was arrested for his pending offences of criminal conspiracy and unlawful possession of prohibited firearms.

He was granted bail in the sum of N90 million by the Wuse Magistrates Court.

He was re-arrested after perfecting the bail.

According to the police, the investigation team re-arrested Melaye on May 2, 2018 after his arraignment at Chief Magistrate Court, Wuse for the pending offences of Criminal Conspiracy and Unlawful Possession of Prohibited Firearms already filed in a Court of competent jurisdiction in Lokoja for which he will be arraigned without further delay.

Melaye’s arraignment according to the police, was subsequent to his discharge from the National Hospital after he was confirmed fit for trial.

Melaye was also arraigned before a Lokoja Chief magistrates’ Court.

The lawmaker is currently on bail.

Jagaba’s defection was contained in a letter read by the Speaker of the House of Representatives, Hon. Yakubu Dogara. He had on May 7 announced his defection in Kaduna.

Jagaba, who had earlier in the month defected to PDP, is currently having a running battle with Kaduna State Governor, Mr. Nasir El-Refuai and his former party, APC.

The official announcement of his defection did not come as a surprise. 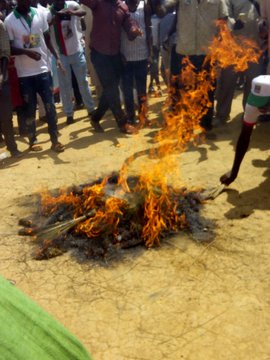 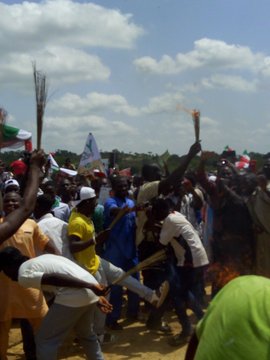 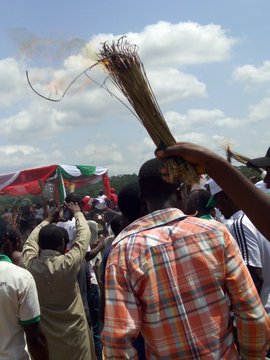 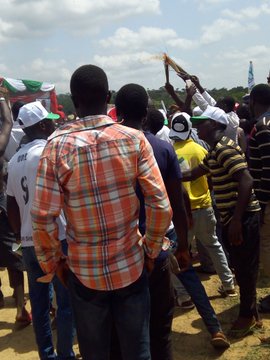 @AdamsJagaba officially decamped to the @OfficialPDPNig today in a ceremony that held at Zonkwa in Southern Kaduna, Kaduna state. Welcome home the people’s Honourable. Goodbye to the brooms, the umbrella is large enough.

He announced his defection in his twitter handle on May 7. He defected at a ceremony that held at Zonkwa in Southern Kaduna, but was officially announced on Wednesday.