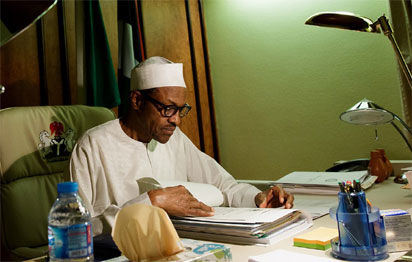 PRESIDENT Muhammadu Buhari for the third time has declined his assent to the Electoral Act (Amendment) Bill 2018.
The President had earlier declined assent to the bill twice.
Speaking with State House correspondents on Monday, the Senior Special Assistant to the President on National Assembly matters (Senate), Ita Enang said that the President in a communication to the Senate and the House of Representatives dated 30th August, 2018 conveyed his latest decision. According to him, the President again declined assent because of some drafting issues that remained unaddressed.
Details later
Electoral (Amendment) billPolitics