2019 election: No rift between me and Aregbesola – Oyetola 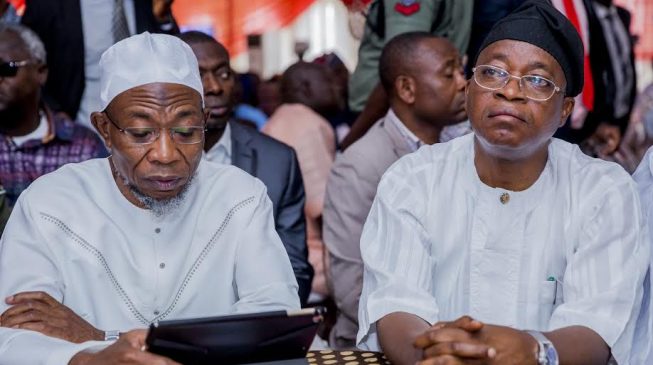 The candidate of the All Progressives Congress in the Osun State governorship election, , Gboyega Oyetola, on Monday said there was no rift between him and the state Governor Rauf Aregbesola over the Saturday’s election which was declared inconclusive by the Independent National Electoral Commission.

A rerun of the election will hold on Thursday. In a statement signed by Osun East Campaign Director-General, Ajibola Famurewa, Oyetola said that the people of Osun demonstrated a high level of democratic culture in the most keenly-contested election in Nigeria. He also described the report as irrational and imagination of detractors who wanted to create disaffection within the APC camp ahead of the Thursday’s governorship rerun.

Oyetola said the Osun governor could be likened to a model of the governorship project and a dogged driver of good governance and continuity. The governorship candidate urged the people of the state to ignore such rumour of rift, while also describing it as satanic. He said he would have ignored the rumour but because of the sensitivity of the Thursday election, it was important for him to react swiftly.

The statement said, “The Oyetola Campaign Organization commends the steadfastness of the people despite the commoditization of votes by the Peoples Democratic Party. We are aware of the votes buying and selling strategy of the PDP. We are proud that the people are resisting the provocation and temptation to sell their conscience.

“We appeal to the people to be vigilant and ready to jealously guard their votes on Thursday as the PDP have commenced massive commodification of peoples mandate through the massive purchase of voter cards.”

No rift between me and AregbesolaOyetolaPolitics