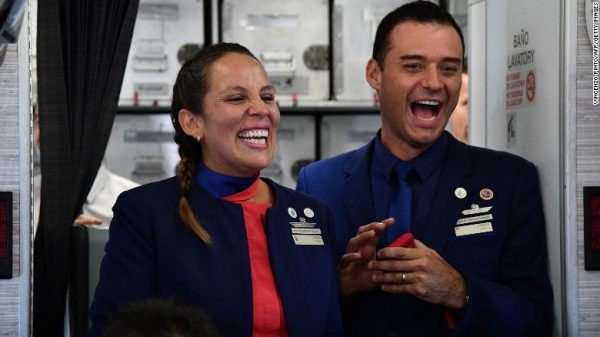 Pope Francis conducted an impromptu wedding of flight attendants on his way to Iquique from Santiago during a three-day visit to Chile.

The ceremony which happened some 36,000 feet over Chile, will be the first of its kind, Vatican officials say.

During his flight to Iquique January 18, 2017, the Pope was approached by LatAm flight steward Carlos Ciuffardi Elorriaga and asked for a blessing for him and his wife, stewardess Paula Podest Ruiz.

Paula Podest, 39, and Carlos Ciufardi, 41, have been civilly married for years and were both working as flight attendants on the Catholic leader’s plane.

Ciuffardi told the Pope how he was supposed to have been married in their home parish in Santiago, February 27, 2010. However, tragedy struck when an earthquake destroyed the church. Eight years later, they remained only civilly married.

According to Catholic News Service, the Pope asked the couple if they were willing to get married on the plane and they answered yes.

At that moment, the pope surprised the couple by offering to marry them right there on the plane.

Ciuffardi said the pope asked the couple, “Well, do you want to get married?”

The groom hurriedly asked his boss and president of LatAm airline, Ignacio Cueto, to be his best man and one of the Vatican prelates drew up a handwritten marriage certificate.

“The pope said it was historic! Never has a pope performed a wedding on a plane!” Ciuffardi said.

The pope was on his way from Santiago, Chile, to Iquique before heading to Peru later in the day.

See photos and a copy of the certificate on twitter: 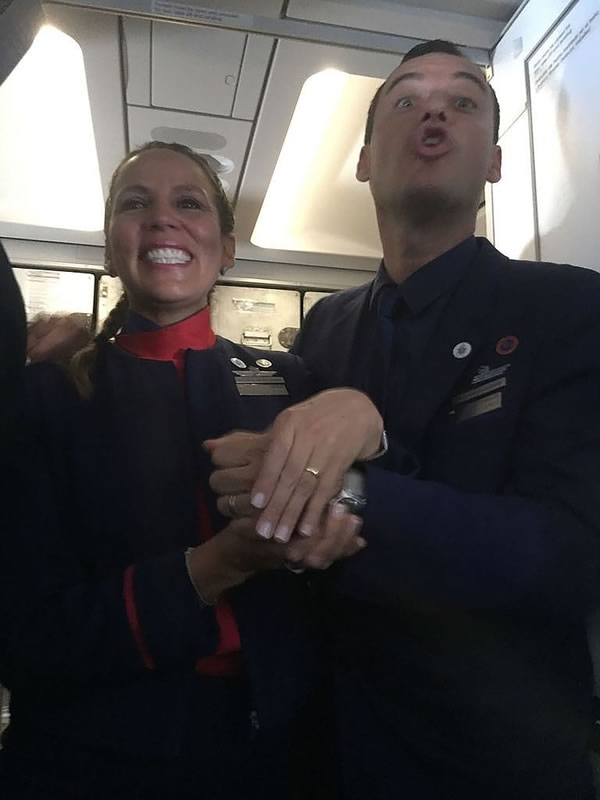 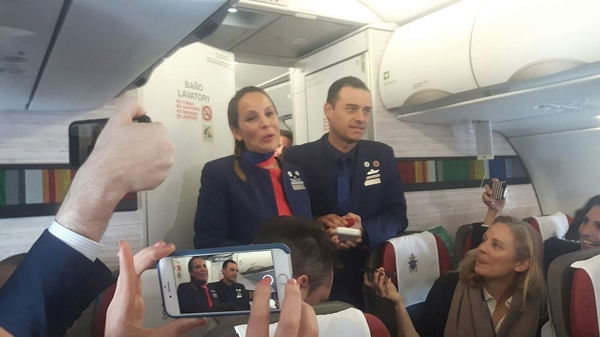